As Truth’s element, it’s time I wrote my recent experiences and my lament.

My days because 2014 have been excruciatingly fraught. It wasn’t ever like this before. True, there have been Lies – as Truth, I carried the burden of unmasking them – however, I controlled to combat my warfare solo.
Things modified circa 2014. A few months earlier than electioneering, I sensed muck being flung at me for no unique reason. Disturbed, I ruminated: how History was twisted to win brownie points. But I solaced myself questioning it changed into only a one-off – born of lack of know-how, not anything greater. I didn’t worry much.

But things changed dramatically. Came to the election and a fusillade of Lies whooshed about the air – distorted records, figures, interpolations. Lies suffused the loud utterances rolling off of alpha men, delivered with the chutzpah of an ace actor. The speeches alternated between aspirate and sibilant whispers, the timbre and pitch varying dizzily in cahoots with points emphasized in a spectator-recreation. They’re the Teflon-coated adrenaline photographs injected on fawning crowds to get the Lies going and shroud lives misplaced in none-too-distant riots. 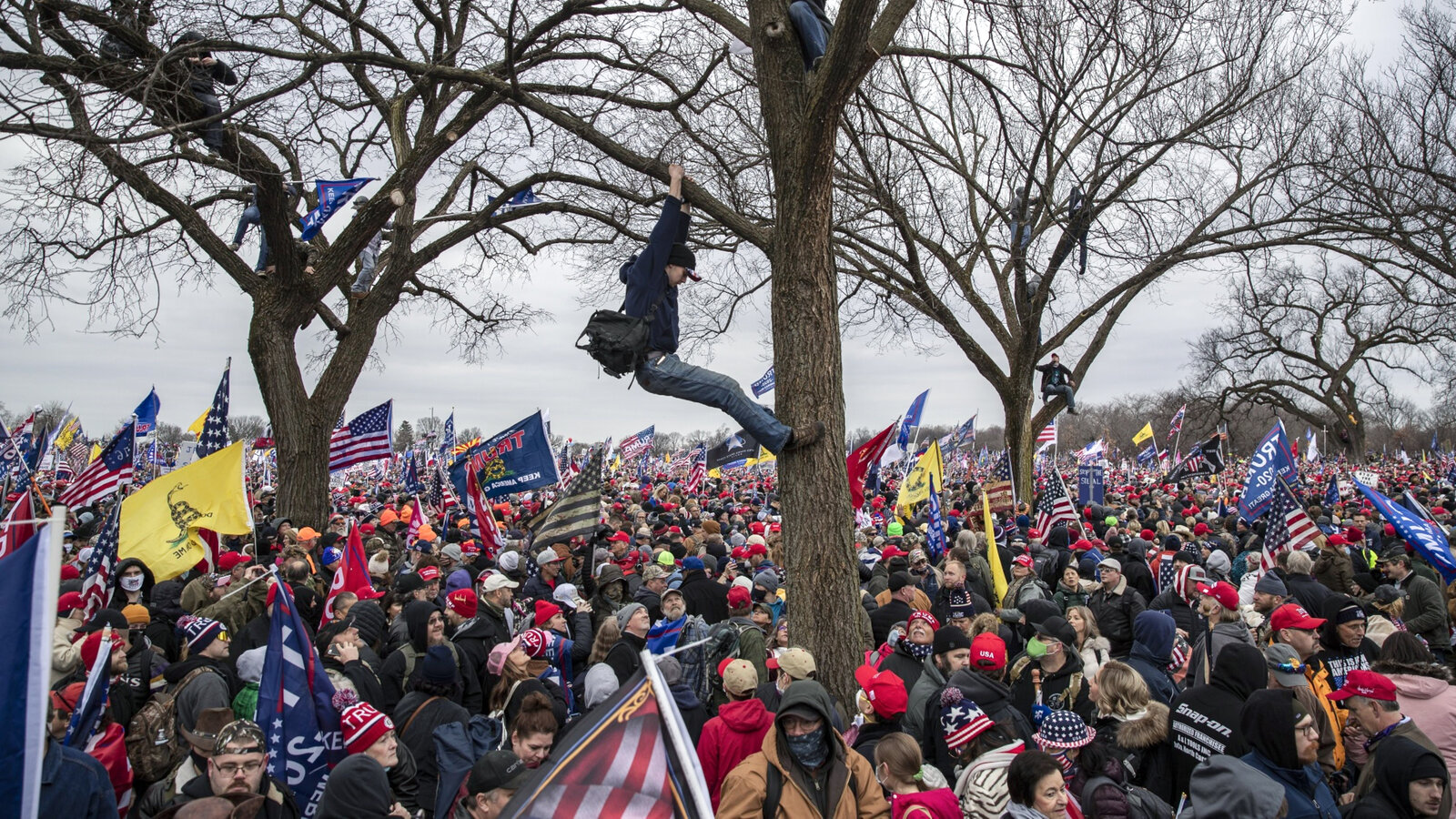 Such uber-steroidal speeches speedy morphed and went berserk on Twitter handles, Facebook pages, and in the route curriculum of WhatsApp University. First: bringing returned the black money from abroad. The innocents bought into the hyperbole and enthusiastically appeared forward to receiving the Rs 15 lakh promised in bank accounts. Nothing took place, and the desire had dissipated. Instead, Jumla had struck root and won forex. The chimera had evanesced.

Na Khanga, Na Khane Dunga! Chowkidar, alias Pradhan Sevak, shall shield the nation’s treasury 24/7 it touted, whilst citizens merrily move about their Achhe Din. Notwithstanding the Chowkidar’s vigil, u . S. Became vacuumed of its resources – burgeoning NPAs and mortgage write-offs totting up to lakhs of crores and 28 financial offenders – despite crimson flags raised – decamping to secure havens. Yet the chowkidar function models narrative continued with aplomb, saved going using crony capitalists, hordes of paid and unpaid breaks, disseminated via the freshly-hewn godi-media, aka the ruler’s lap-and-jogging canine.

The two-crore jobs-a-12 months too had vanished, as Lies colonized and billowed huge time to take trans-galactic flights. Isaac Newton didn’t find out the Law of Gravity; it was located in Ancient India, perhaps by way of the Indian scientist Brahmagupta II – a thousand years before Newton! To the litany of achievements practiced thousand-years in the past, the PM delivered two other stellar notes: cosmetic surgical procedure; and reproductive genetics. Lord Ganesha’s elephant-head turned into an embodiment of plastic surgical treatment in hoary India if empirical evidence turned into wished!

I consider that Karna’s delivery became because of stem mobile generation,” said the PM. “We can experience proud of what our country did in scientific-technological know-how at one factor of time… we realize that the Mahabharata says Karna changed into no longer born from his mother’s womb. This method that genetic science becomes present at that point.” This changed into October 2014 in Mumbai, in front of medical professionals.

If we communicate approximately area technological know-how, our ancestors had, at some point, displayed brilliant strengths in area science. Human beings like Aryabhata had said centuries in the past are being recognized with the aid of technology today… we are rustic who had those talents. We need to regain these.”
We regained – to embrace those Lies. A lot of such faux information rolled off the meeting line. Yes, former PM Vajpayee turned into a passenger on India’s first-ever metro! The BJP began the Direct Benefit Transfer (DBT) scheme! No Congress leader visited Bhagat Singh in jail.

Each Lie became spiked. Indira Gandhi laid the inspiration-stone of India’s first metro – Kolkata – in 1972; the DBT declare launched in 2013. The Tribune’s reportage, Nehru’s Autobiography, and Bhagat Singh Defence Committee nailed the final Lie. Even in the hallucinatory excessive of post-electoral euphoria, it turned counterintuitive to trust that the whole Indian media would develop into godi-media.

I become nonplussed. The bluff of Lies and bluster of Fakery showed no signs of abating. Instead, drugged, its new excessive-falutin horns – faux news, love jihad, gau rakshaks’ lynching, and on and on – raised unpleasant heads to morph right into a New Normal. The critics had been chastised, dubbed anti-nationals and concrete Naxals. Post-truth was the brand new trope of discourse.

The RTI Act become paralyzed via the non-appointment of Information Commissioners; any recrudescence of independence via CIC/IC sought to be smothered by way of Committees of handpicked babus swearing undying loyalty to the grasp. The promise of whittling down petrol/diesel fees remained a pipedream, whilst crude oil charges struck 30-odd US$, as did the promise on alternate quotes.

Most searing changed into impugning constitutional/statutory institutions. The Executive contorted to a rubber stamp of the omniscient, omnipresent PMO. The Parliament turned into drowned with Lies – the Aadhaar Bill piloted as a cash invoice! Even the Judiciary dared no longer refuse accepting sealed blanketed unsigned authorities facts, also devoted typo-grammatical errors in its Rafale judgment. In one singular Report – Rafale Audit – of infamy, the CAG succeeded in decimating its impeccable reputation; the media, barring microscopic exceptions, transmogrified to loud purveyors of Lies and to clean out Truth.

The invidious appointment of the CVC – an officer of allegedly doubtful integrity – to supervise its function sapped anything residual credibility the CBI had. The wrongs rippled out whilst any other officer of doubtful antique became foisted on it. The middle of the night heist on CBI become Lie’s excursion depressure. Lately, the surprising descent of the EC’s “flying squad” to seize the Rafale Book, hours earlier than its release, became its manner to entomb Lie. But the outrage becomes too big – it backfired, the book sold in heaps and went into reprints – a shaming self-purpose! With Lies quick somersaulting, it unmistakably showed the signs and symptoms of high offices packed with obsequious and craven foot-infantrymen, forever on the geared up to smother Truth.

Today we witness the undoing and redoing of history – to provide legitimacy to an Order to rule with all its whims and idiosyncrasies, its crushing ideology, its troll military, its coward theatrics, and its blinkered view of history.
This isn’t the primary time Truth’s been savaged in historiography and history-writing. An attempt was also made in 1977-78. As Sarvepalli Gopal, the distinguished historian, wrote in an illuminating piece titled ‘The Fear of History’ (Seminar Jan 1978): Of all the social sciences, it’s far records which rouses the best hobby in the minds of the politicians… The line among history and mythology is the concept to be thin; the beyond may lend legitimacy to any element of the existing…